My dissertation research when I was a PhD student sought to better understand healthy youth development. Taking an interdisciplinary approach, this research sought to bring together anthropology’s insights into how culture shapes understandings of well-being and normalcy and psychology’s insights into how individuals internalize these understandings to construct self-concepts. By looking at both the broader social processes and individual psychological processes, we get a more complete understanding of how youth across the world develop.

I largely focused on gender identity and moral development from adolescence to early adulthood, a period of the life course often marked by increasingly solidified self-concepts and growing awareness of society’s influence on the self. My most recent project looked at how the institution of Buddhist monasticism in northern Thailand mediated boys’ uptake of concepts of morality, masculinity, and well-being in Thai society. 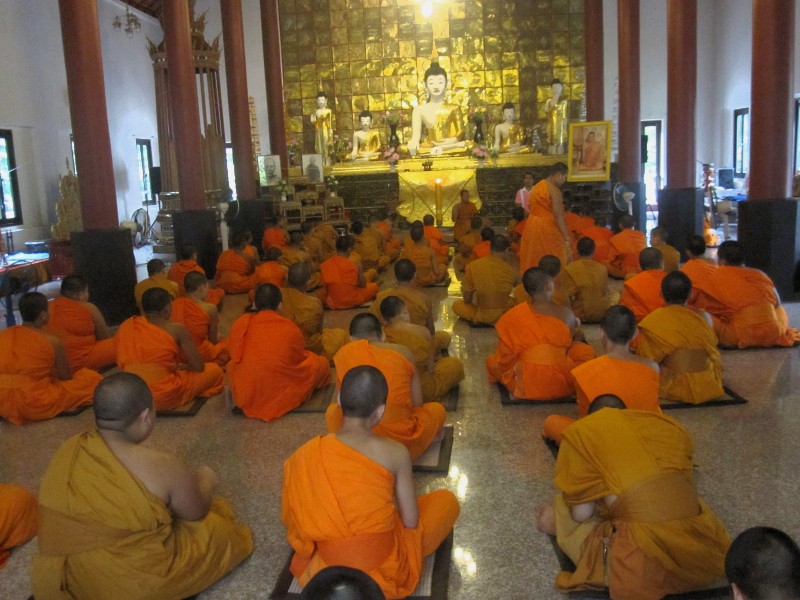 My completed dissertation, “Making Monks, Making Men: The Role of Buddhist Monasticism in Shaping Northern Thai Identities,” drew on two years of ethnographic research with adolescent boys and young men who were ordained as Buddhist monks for several years to complete their high school education for free. Monasteries have long been central to education in Thailand. As adequate education remains out of reach for many disadvantaged youth—because of their status as ethnic minorities, poverty, or family problems with drugs—monasteries remained an important site for accessible education.

This role has taken on greater significance in recent years given Thailand’s increasing social and political uncertainty. Social changes have led to concerns over the state of Thai masculinity and boys’ development. In particular, there have been growing concerns about youth becoming too attached or addicted to drugs and other things. At the same time, Thais are questioning the ability of Buddhist monks to be models of moral men who can restrain themselves from becoming overly attached to material things. I looked at the ways in which monasteries tried to address these concerns by socializing boys to be particular kinds of men in Thai society. My research methods included in-depth interviews and my own participant-observations while temporarily ordaining as a monk in a rural village.

In a recently published article, I traced how everyday interactions between young monks and the lay people who financially support them constructed the very ideals of masculinity and morality the young monks were supposed to be internalizing.